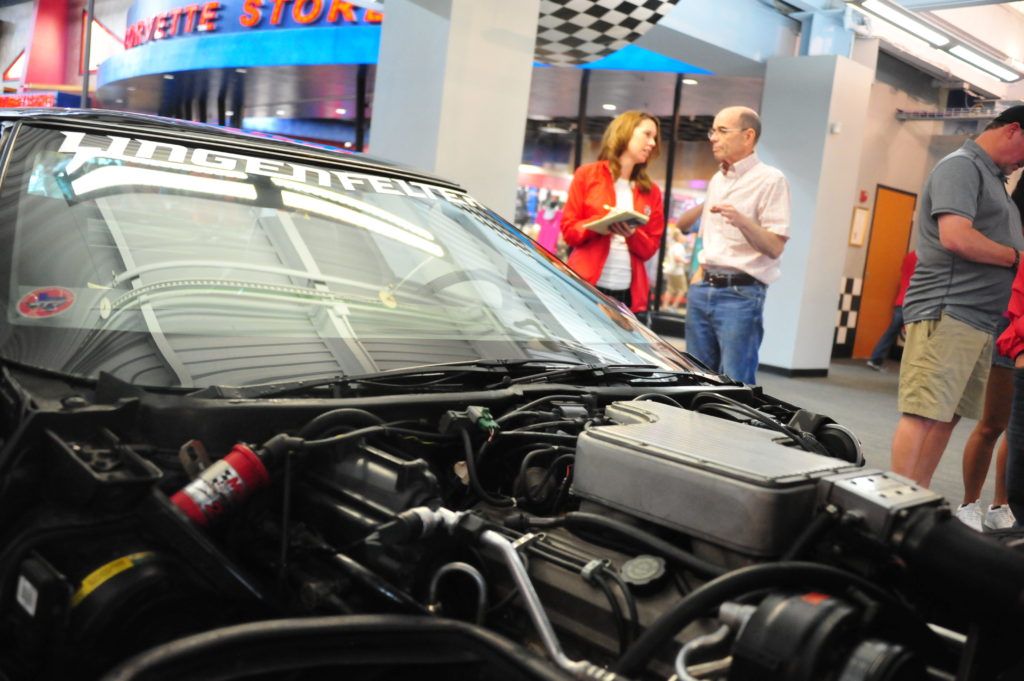 In 1988, Bob Hunnicutt, a Florida car collector and hot-rodder, working with his famous tuner friend, Jim Formato, set out to transform a stock 240HP 1985 Corvette into what they came to call the “Bad Ass Vette of Miami.” Their timing was perfect because John Lingenfelter, who won an amazing 13 National Hot Rod Association titles, had just perfected an engine package based on over-boring the stock 350 cu in (5.7L) Chevy small block to 383 cu in (6.2L) and adding specially designed Lingenfelter camshaft, pistons, heads and manifold and multiple other goodies. Lingenfelter’s mods nearly doubled the horsepower and significantly increased the torque. When they were finished Bob and Jim had built one of the first Lingenfelter Corvettes.